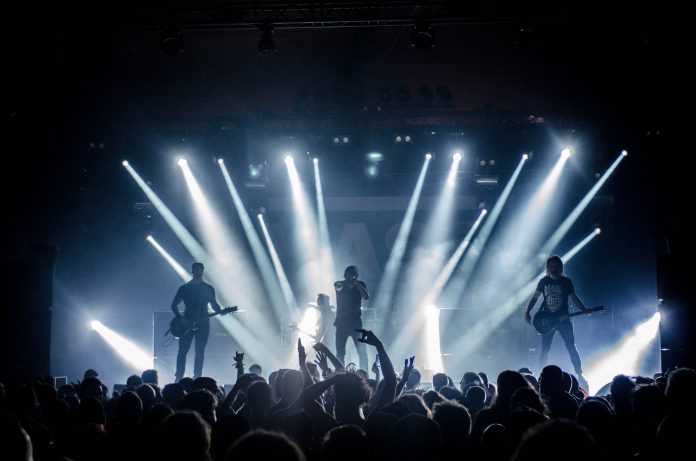 Rock concerts are loud, with many easily exceeding 100 decibels (dB). It’s only in recent years that bands have had to tone down their live shows because in the past, as we shall shortly see, hearing loss was never a concern. That being said, there are loud rock concerts, then there are ear-splitting ones, like the following:

Led Zeppelin is arguably one of the best rock bands of all time; they are also one of the loudest. They cemented their legacy way back in 1969 when they toured North America. Every date was booming, often culminating in a rollicking rendition of Heartbreaker that reached 130 decibels (dB). That’s akin to the sound of a hydraulic press, and enough to cause immediate hearing damage.

As noted in a BBC article about Deep Purple, the British band was once included in The Guinness Book of World Records as being the world’s loudest band. It was a well-deserved distinction. Deep Purple proved as much in a concert at London’s Rainbow Theatre where they purportedly reached 117 dB — as loud as a leaf blower. Legend has it that three audience members lost consciousness during that gig.

In May 1976, The Who reached 126dB in a show at The Valley, home to Charlton Athletic. That volume is roughly the equivalent of the noise a snowmobile makes! That’s how loud the iconic band will have to be when they play in the cavernous Wembley Stadium in July. The Independent reports that the July 6 performance will be The Who’s first in London since 2017 and the choice of venue couldn’t have been any better.

In Ladbrokes’ Premier League stadium guide, they detail how Wembley has a 90,000 capacity and up until recently housed Tottenham Hotspur. Luckily, Spurs don’t play there anymore; as The Who’s iconic frontman Roger Daltrey is an Arsenal fan.

Due to Wembley’s huge capacity, the band will have to be extra loud to rock this iconic stadium and try to beat the record they set in 1976 across London.

Manowar bassist Joey DeMaio once told The Gauntlet, “The whole purpose of playing live is to blow people’s heads off.” They were even louder than in 1994 when they reached 129.5 dB in a concert in Hanover, Germany. With two sound specialists from The Guinness Book of World Records measuring the volume, Manowar delivered a reverberating tour de force so loud they leapfrogged Deep Purple and The Who in the record books. For the record, 129.5 dB is the equivalent of a navy jet taking off from an aircraft carrier.

The loudest of the loud distinction goes to Sleazy Joe. These rockers from Sweden proclaim themselves “The LOUDEST band in the world” on their official Facebook page. And with good reason. Back in 2008, they held a concert in their hometown of Hässleholm, Sweden, where they allegedly reached an ear-piercing 143.2dB — as loud as standing close to an airline jet engine during take-off!

With rock acts delivering deafening performances, it isn’t much of a surprise that a few of them are included in our list of famous artists with tinnitus. Pete Townshend is one of those stars, which makes sense since The Who have been exposed to deafening amps for over five decades. However, tinnitus doesn’t come about just from consistent exposure to ear-splitting sounds. As pointed out in our ‘How to Stop Ringing Ears After a Concert’ post, anything above 85 dB for over 15 minutes can be hazardous to your ears. This fact underscores the importance of wearing hearing protection in cases where you are exposed to loud sounds for extended periods of time — as in, yes, a rock concert.

The article was specially written for blog.loopearplugs.com By Alison Carl

Listening to Gigi d’Agostino, Daft Punk and breakcore paid off.

Loop redefines how an earplug should perform — and look!

When does a DJ expire? These 7 DJs over 40 are still fresh.