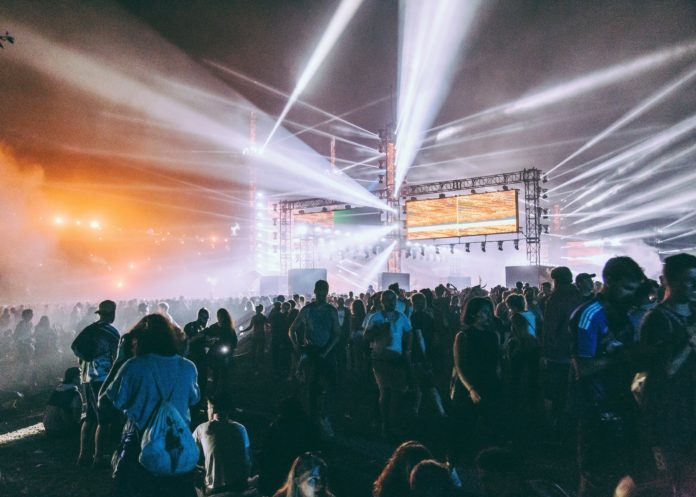 Hi there, I’m Jelle, I was the intern here at Loop. Let me introduce myself real quick.

Every once in a while, I like to go out and explore the nightlife. I’m not a party animal pur sang, but I have seen my fair share of clubs in Antwerp (Klub Goud, Ampere, Club Vaag, Petrol, Trix) and Belgian festivals.

When it comes to electronic dance music the oldies truly are the goldies for me, probably because of nostalgic value. Born in the early nineties I grew up watching clips of Daft Punk and Gigi d’Agostino on MTV and TMF’s ultra top 40. I’ll have L’amour toujours for this old geezer though his style is a Riddle for me.

I remember waiting a whole day until my blue anime friends (The Crescendolls from Daft Punks Interstella 5555) would make an appearance on the hitlist just one more time. There was no instant satisfaction back then.

Remember those days? Without Spotify, YouTube, Deezer, SoundCloud, … The build-up and anticipation were a thrill.

-Winks a nostalgic tear away-

Most epic night out

There l was at Dour festival back in 2010. The more alternative festival, for the Belgian music lovers. Sadly, I could party just for 1 day ’cause the next day I would leave for scouting camp.

During the day, we saw the band Devil Driver and I lost my left shoe in a circle pit. What a bummer! I don’t even particularly like heavy metal.

But a little set back wouldn’t bring me down, the evening was young and full of opportunities.

The sun started to set and our main event would arrive. Sickboy was good but then a band would emerge we didn’t know back then, but became very fond of instantly.

A band delivering electropop, provocative lyrics and ravesploitation. The band consisted of a DJ and a hype man.

Just like a cheerleader should make you cheer, this hypeleader makes you rave.

His energy was unique, jumping up and down raving with the audience. This man, Jim Merson, would become so pumped-up that he started stripping during the show and ended up wearing nothing but a flashy blue Speedo and some shoes. It was crazy. I even found a fitting left shoe mid-rave (I kid you not, my dear reader). After this new discovered artist had pushed their last button and the last tune faded away, the sun would start to rise and the festival would come to a close and prepare for a new day.

One day I would like to go to Burning Man in the desert  of Nevada. I don’t know why but I just love the flashing lights, the art of this festival and the idea of burning it all to the ground at the end. I got this thing with fire!

Festivals a little bit closer I would like to attend:

Psy-Fi in The Netherlands

Do you have some suggestions of cool nightlife cities, clubs or festivals feel free to share them below! Stories about amazing nights out are welcome as well.

As a student living on a budget, I never came around to buy those super expensive personalised earbuds my friends had that looked like pieces of chewed gum. I would lose them in a heartbeat and didn’t play in a band like my friends did.

With friends in music bands, I learned that ear protection is just as important at a party as drinks are in a bar.

Unfortunately, cheap yellow tubes, were the stuff for me. If I came well prepared to a party, I sometimes even went to buy some silicon earbuds in a local pharmacy for a couple of bucks. Sacrificing a couple of beers so I could buy some protection was not a problem.

But they, too, would start to annoy after a while or get lost in trouser pockets or eaten by washing machines.

During my search for an internship, my girlfriend recommended me to use seal-jobs. I got in contact with Loop, a start-up that would make sexy exciting earplugs at a reasonable price.

I didn’t think such a thing was possible.

During the first interview the vision of the nightlife evangelist Maarten was something that I could believe in. I guess you could say I was enlightened by his idea to take the nightlife experience to a new level of awesomeness.

I tried to convince this man of my abilities. Did a little smooth talking about my nightlife experiences and interest for music and eventually got the Golden Willy Wonka Ticket and got in.