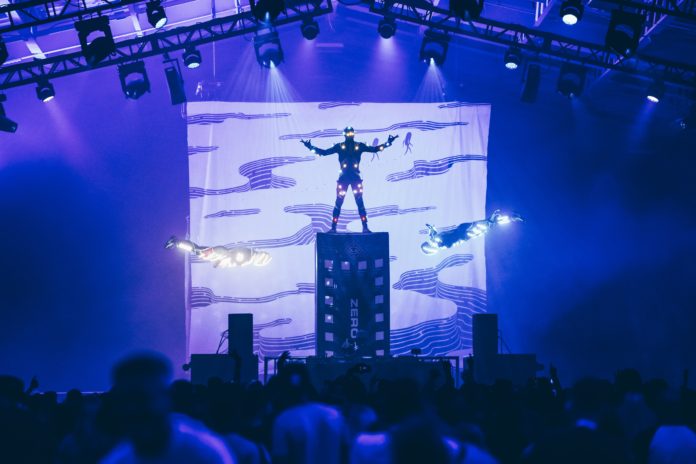 Enjoying music is Da Bomb. Here at Loop we want to give you the best music experience with our high fidelity earplugs. So check out these crazy european dj-list and maximize your nightlife! This map will offer you some orientation -pun intended-. We listed solely the number 1 DJ’s of every European country. The absolute crème de la crème. The godfathers of EDM music of every country in Europe in 2017.

You guessed it, no time for number twos . Sorry Carl Cox or Darude. Sorry Armin Van Buren. Maybe next year.

Listen to the DJs top tracks here on Spotify

Just like Daft Punk we did our homework. We made a playlist for you of the highest ranking tracks from these number one DJ’s. Turn up the volume and stay safe.

Want to know more about these DJs?

Gosh,.. You are quite the bookworm.Thanks for sticking with me.

As a token of my gratitude I’ll provide you some more information about each and everyone of these artists.

Let’s start from the above left and make our way right and down, left again and so on..

GusGus, Iceland: This trio from Reykjavik makes electronic music. They have produced 9 studio albums since they started in 1995.

KYGO, Norway: Crossing the sea we arrive in Norway. The home of KYGO. He is most famous for the awesome summer tracks  ‘’Firestone’’ and ‘’Stole the Show’’.

Avicii, Sweden: This man from Sweden is responsible for the tracks ‘’Wake me Up’’ and the banging tunes of ‘’Waiting for Love’’. This artist from 1989 really loves progressive house.

Super8 & TAB, Finland: A Finnish trance music duo. They started out in 2005 and made the mega-hit ”Mega” and ”Yai”. The beats are freaking filthy in these tracks.

Swanky Tunes, Russia: Going to the most eastern border of Europe we find Swanky Tunes. This music trio started out in 1998 and still makes progressive/electro house.

Mord Fustang, Estonia: Not sure if his name is a Verlan or not, but this DJ makes some decent music. Check out ”Lick the Rainbow” and ”Pop”.

Digital Age, Latvia: Hardcore and Hard Techno is the way to go here in Latvia. Since they don’t have any tracks on Spotify they are not in the playlist. Sad ;(.

Ten Walls, Lithuania: Mixing electro with trumpets was a good move, just listen to the track ”Walking with Elephants” or ”Sparta”.

Gene Karz, Belarus: The yellow country from Gene Karz is Belarus. This DJ turns up the Beats Per Minute with some Trance and Goa vibes.

Miss K8, Ukraine: This female DJ is sometimes referred to as the Goddess of Hardcore. If you wonder why, you should take a look at her Instagram #djmissk8 #notbad.

Tom Swoon, Poland: Going west again, we arrive in Poland. Born in 1993 this man has made quite a name for himself. Most famous tracks are ”Phoeneix (we rise)” and ”Ahead of Us”.

Paul van Dyk, Germany: He is best known for tracks like for an ”Angel” and ”I Don’t Deserve You”. This man has been standing behind the turntables ever since 1991.

Martin Jensen, Denmark: He was born in the same year as Paul van Dyk’s debut to EDM music, 1991. Martin brings more tropical house, wonder what that sounds like? You can find it in the playlist.

Martin Garrix, The Netherlands: This Dutch EDM superstar has a bright future in front of him. He’s just 20 years old and he is already a big influence in the industry. He’s been chosen as the #1 DJ of the world. This country is overrepresented when it comes to DJ’s, maybe we’ll make a map about it later. Calvin Harris, United Kingdom: Who doesn’t know the track ”How deep is your love”? Calvin Harris knows how to build a party, no more words needed.

John o’Callaghan, Ireland: Next to Calvin Harris lives John O’Callaghan. This performer prefers Trance. He’s been active ever since 2003. His most notable track is ”Big Sky”.

Dimitri Vegas and Like Mike, Belgium: These two gentlemen often spin tracks at Tomorrowland. ”Tremor”, ”Higher Place” and ”Hey Baby” are their most iconic records.

David Guetta, France: Another regular guest at the festival in Boom. He is a bit older than his colleagues but still an important player in the EDM world. More old EDM geezers in this list.

Luciano, Switzerland: Lucien Nicolet was born in 1978. He plays Techno, House and Tech house and has won 5 DJ Awards. Obviously he must have been doing something right.

Camo & Krooked, Austria: This duo is famous in the Drum and Bass scene. Later they started to produce Funk and House music. They too can build a nice party. The track ”Tonight” truly is a banger.

Nifra, Slovakia: Another lady in our list of DJs. She makes trance and her most famous tracks on Spotify are: ”Army of Lights” and ”The Creation”.

Andrew Rayel, Moldova: He was born in 1992, so he is still quite young. He started out in Moldova and just like his track he wants to ”Take it all”.

Edward Maya, Romania: This man plays Dance and House. He was born in 1986 and started working in the music industry when he was 20 years old.

Jay Lumen, Hungary: This Techno artist was born in Budapest. He started playing music in 2005. He has played in a lot of famous clubs and festivals such as Space and Amsterdam Dance Event.

UMEK, Slovenia: No Balkan music for this guy. He needs some hard Techno. He’s been around since 1976 and started playing music 1993.

Adriano Fuerte, Croatia: ”Make the ground Shake” is his most popular track. You bring the tunes Adriano, we’ll shake the ground.

Peer Van Mladen, Serbia: We are taking it down again with Peer van Mladen. He brings more ambient dance music.

Mladen Tomic, Bosnia and Herzegovina: He started playing electronic music in 1999. He is the most famous DJ from Bosnia Herzegovina. This list is turning in a geography exercise.

PHNTM, Bulgaria: The track ”Budapest Bounce” is a nice mix of Electronic music and swing. I dare you to sit still, while listing to this feel good music.

Christia Cambas, Greece: This artist is good at making music and coming up with original titles. ”The Robospanker” is the most original name for a track you’ll encountered today. Good rhythm. Do you know some other original titles, share them below.

DJ Tarkan, Turkey: The most famous DJ of Turkey. When he spins records it’s house music all the way.

Bon Finix, Cyprus: This artist is very famous in Czech Republic but he is born in  Cyprus. The preferred genre is Progressive House.

Borgore, Israel: This Dubstep artist has played at a lot of festivals such as Dour, Lowlands, Dance Valley, Sziget-festival an many more. Checkout his track ”Nympho”.

Vinai, Italy: This DJ duo has been active since 2011 and likes to play EDM and Big Room House (Big room house is a sub-genre of Electro-house). An other notable candidate was good old Gigi D’agostino.

Cristian Varela, Spain: He has won multiple DJ awards, such as the International DJ Award and the Best Techno DJ in 2007 and 2013. He is the number 1 of Spanish Techno.

Kura, Portugal: We have arrived at the end of our map with Rúben de Almeida aka DJ Kura was born in 1987. He plays House and Electro house and has been active since 2005.

What do you think of our DJ map?

Do you agree with our map? Do you have other suggestion for maps or remarks? Let us know in the comments. If you know any famous DJ’s from Kosovo, Montenegro or Albania feel free to share them so we can update our map.

Listening to all this EDM is mighty fun, but be careful or you can get a nasty ringing in your ears. Party harder with Loop.

This map shows the best DJ per country in Europe. Period!

How to throw a great House Party

Musician in an orchestra? Here is how to avoid hearing damage.